Yarrow is an herbaceous perennial that is hardy to USDA zones 2 to 9.

Containing many varieties, both ornamental and medicinal, Yarrow is a member of the Asteracea family. Yarrows bipinnate, fernlike leaves are borne from laterally spreading rhizomes that support multiple flower stalks growing one to three feet tall. Individual ray or disk-shaped flowers bloom profusely on inflorescence from midsummer through fall and range in color from pure white to pale pink and even yellow. The entire plant is pleasantly aromatic and reminds us of the smell of chrysanthemums. Yarrow is native to Europe and western Asia and has naturalized throughout the world’s temperate zones.

Yarrow is tolerant of and often found thriving in the seemingly poorest soils. It grows best in full sun, is extremely drought tolerant, and will not tolerate growing in poorly drained soils. Yarrow prefers sandy, gravely loam but will also perform well in rich garden soils where higher fertility generally increases leaf and flower yields.

Yarrow is easily grown from transplants or direct seeding. The seed are light-dependent germinators and should be sown on the top of the soil or lightly covered will potting mix. Germination should take place in seven to fourteen days. Mature plants can also be divided by chopping and removing section of the rhizomes, then replacing them.

Yarrow is one of the premier insectary plants known and used because of its attractiveness to a wide variety of beneficial insects. Growers can take advantage of this by planting yarrow in close proximity to other species of plants that are prone to damage from herbivorous insects or the diseases they can carry with them. We plant yarrow in twelve inch spaces between plants, in rows fourteen inches apart with three rows per bed. The plants quickly grow into a single, dense row that requires very low maintenance and is long lived.

Yarrow is a bitter tonic herb containing tannins, up to 1.4% volatile oil, lactones, flavonoids, and up to a dozen different anti-inflammatory compounds. It’s one of our go-to herbs for cold and flu season because of its strong diaphoretic properties that assist our bodies in reducing fever and eliminating pathogens. Yarrow is also the first choice in our herbal first-aid kit for its amazing effectiveness to stop bleeding.

Yarrow leaf and flower is harvested together when the plants are in the early stages of flowering by hand-cutting with a field knife.

Yarrow leaf and flower dries rapidly in as little as twenty four hours during ideal drying conditions of low ambient humidity and is very easy to process by hand garbling. Large flower stalks are easily removed, and the leaf and flower appearance, aromatic qualities, and overall potency hold up incredibly well during prolonged storage of a year or more.

Yarrow can be susceptible to spittle bugs, which are not harmful to humans or the plants, as well as powdery mildew. However, good airflow will help reduce the chances of early onset mildew and spare your summer harvest. 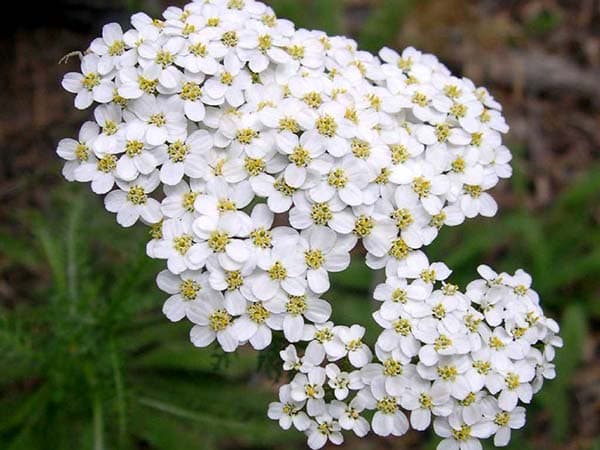